Sometimes all it takes

is a little inspiration!

Get my weekly email with tips, tricks, recipes and life practices to make the best of each and every week.

Get Amazing Tips, Tricks, and Recipes Right to Your Inbox!

[‘Nothing New’ is a blog about my personal journey attempting to help the planet, my pocketbook, and my conscience by buying nothing new for at least the next month.]

Trying to put together my Nothing New Halloween costume was a fun and creative challenge.  There was NOTHING NEW about my costume, and it was one of my most favorite Halloween get-ups ever!

Even before I started the Nothing New Project, I hated the idea of buying a junky Halloween costume with plastic props that would go straight into the Good Will bag on November 1. Such a waste! So, when shopping for my kids costumes this year, we made sure to find  some elements that they could reuse and re-wear.

I bought my kids’ costumes before I began the Nothing New Project. My son wanted a traffic cone hat, an orange safety vest, overalls, and two light wands to be “an air traffic director guy”. My daughter only needed a red and white striped shirt and a red and white beanie to be “Where’s Waldo”. I still spent about $75 on Amazon. (Insert eyeroll emoji.)

I was planning on passing out candy in my  normal, boring, all-black outfit, and maybe painting on some cat whiskers or wearing a witch hat or afro wig. But I got invited to a Halloween costume party at a local tennis club, and decided that I had to at least try to put together a fun costume.

Could I create a Nothing New Halloween costume?

With what I had in my closet, I would be either Joan of Arc (armor leggings) or Cave Woman (tiger print nightgown). It all depended on the props that I could scrounge up from my friends and neighbors. I hit up a garage sale that I happened to drive by, and they had some plastic swords and a big wooden shield. Joan of Arc looked promising. Then I stopped by a friend’s house and she had silver spray paint for my shield, and….an AMAZING, ratty, brunette wig.

I have to admit, I was not feeling like I wanted a big PROJECT, so spray painting was out.

My tiger print nightgown, the big ratty wig, and some tribal chic necklaces from my jewelry box were making a great start on Cave Woman. I texted a couple of neighbors and asked if they had a bone that I could use for a prop. And get this….my VEGAN neighbor just happened to have a bin of bleached animal bones in her garage. (She had hosted a “dinosaur dig” birthday party for her son’s birthday. She’s super mom, no costume needed.) Are you kidding me? This new-found club of a femur was the perfect accessory! I was going PALEO.

I found some leftover raffia and four little burlap gift bags in our craft cabinet. Using some clear packing tape, scissors, and a stapler, I managed to transform the raffia and burlap into amazing leg warmers/shoe covers that had me feeling like I was straight out of Clan of the Cave Bear.

My costume was done! Everyone loved it and I felt great being in the Halloween spirit. Here are the benefits of my Nothing New Halloween costume: 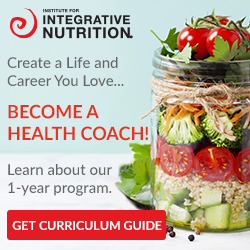